“My story began in Johannesburg, South Africa in 1971, when I commenced my jewellery apprenticeship that sparked a lifelong passion for design and creativity. Within two years, I became the top designer of a prestigious jewellery house, winning several De Beers Awards for my cutting edge designs. With the confidence of these accolades, I opened a small studio which later became a successful retail store and manufacturing workshop in South Africa.

In 1990, I moved my family to Sydney where I began designing and manufacturing custom pieces from a small studio office. As my business became more successful, I employed two more jewellers and ultimately outgrew our humble beginnings.

My first boutique opened in 1993 in the cosmopolitan shopping area of Double Bay. After launching in the Bay Street Arcade we soon relocated to Knox Street to accommodate our expansion with a full manufacturing workshop.

For over 25 years, I have created magnificent statement pieces for Sydney’s discerning clientele who trust me to bring to life their stories through beautiful bespoke designs. With my world class techniques and eye for detail, I have won many awards including Sydney Jeweller of the Year 2014, Awards for Excellence Wedding and Events of Australia (WEOA), in recognition of my position in the Australian bridal jewellery market. I have also been a finalist in the Diamond Guild Australia Jewellery Awards in both 2015 and 2018.

Today, you can find me consulting with my loyal clientele, designing a new creation or traveling the world with my business partner and wife Helen, as we source the latest trends in jewellery design.” 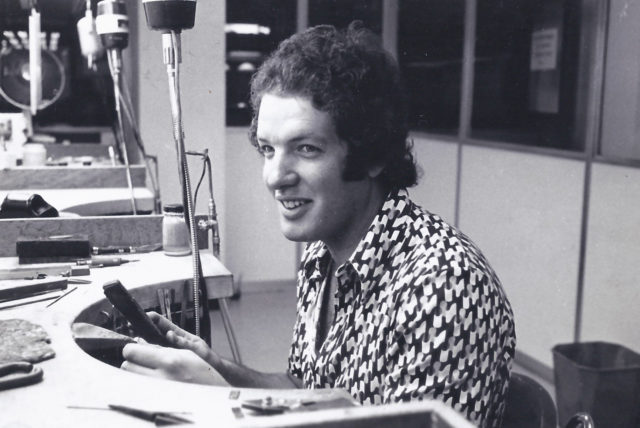 Jeff as a young jeweller 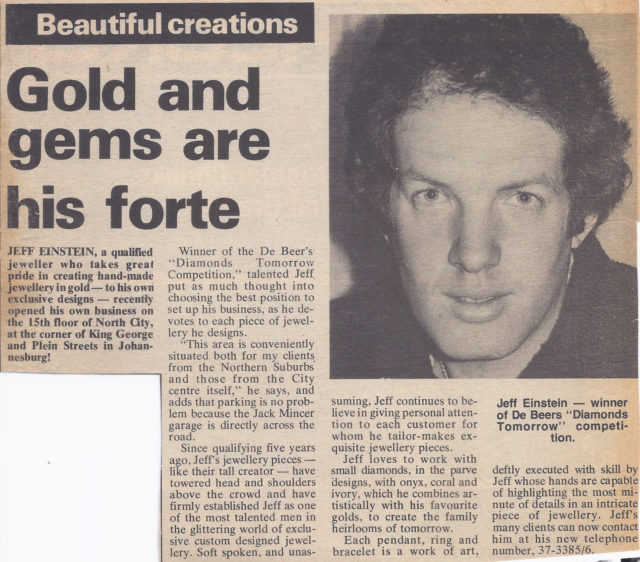 The beginning of Jeff Einstein Jewellery 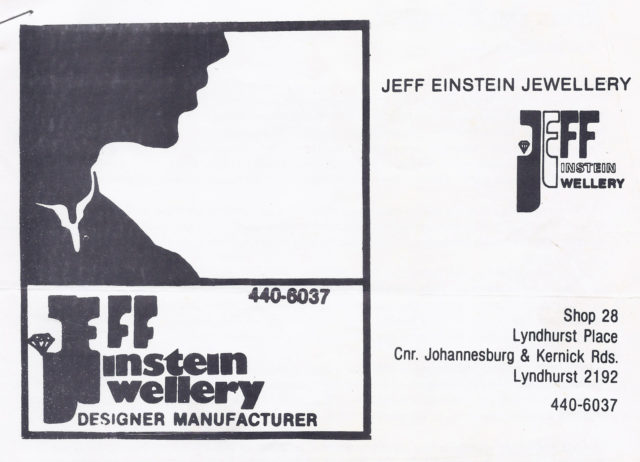 Advertising of the first retail store 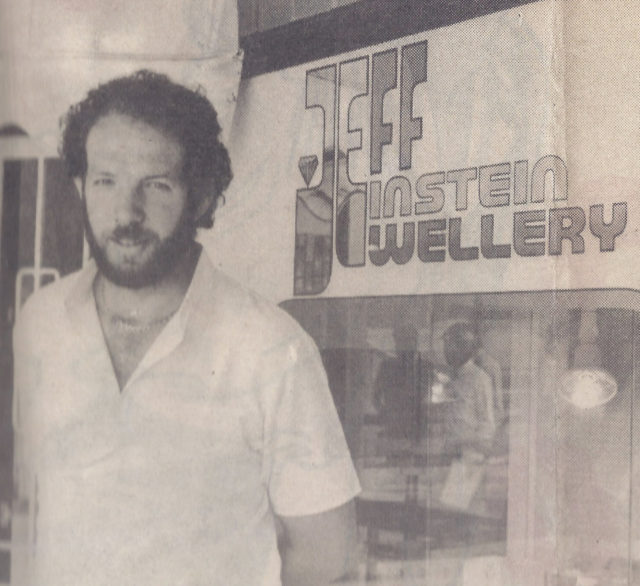 Jeff in front of his first retails store in Johanessburg, 1983 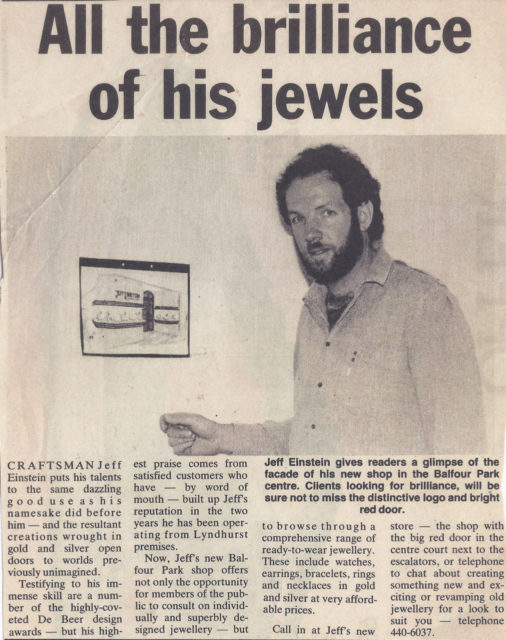 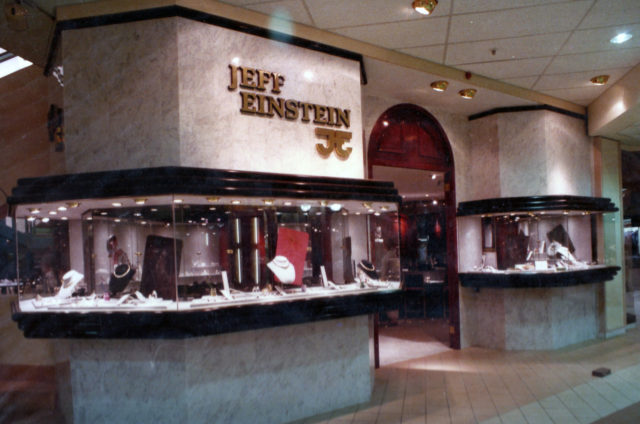 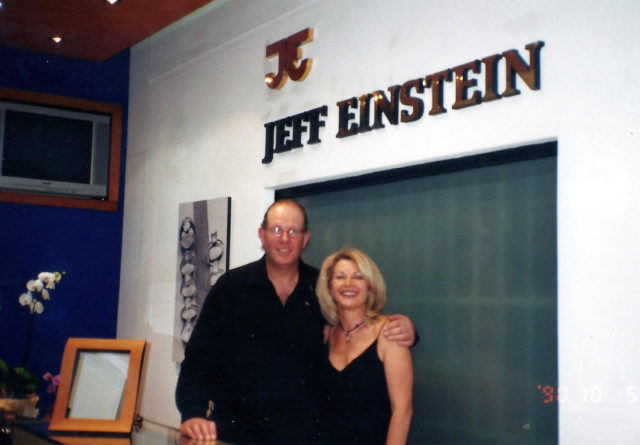 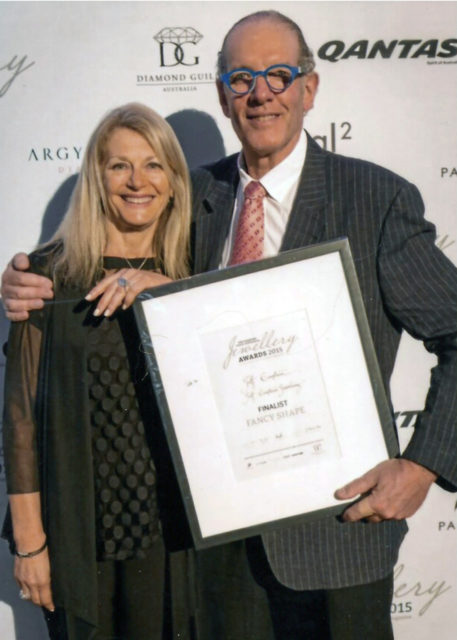 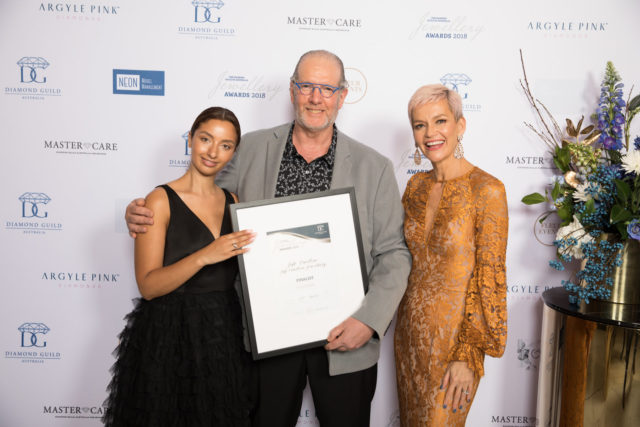 Or drop in for a casual visit to experience one of a kind beauty and magnificence at Jeff Einstein Jewellery.